❝ All I wanted was what every Jewish mother wants, for you to marry a doctor! ❞
— Sharon Quinzel

Sharon Quinzel is a minor antagonist of the Harley Quinn animated series. She is Harley Quinn's alcoholic mother and the wife of Nick Quinzel.

Sharon is a thin woman in her late forties to possibly late fifties (if she got pregnant with Harley at 18 + Harley's age 26 you get a minimum age of 44). She is attractive for her age and shown to have changed radically over the years in flashbacks going from a Peggy Bundy lookalike to much fatter to becoming even more slender than before she gained the weight. Her hair color changes over the years from chestnut to auburn to red probably due to dye jobs. Although rather thin like Harley her frame seems rather strong for a woman her size and age.

Sharon married Nicholas Quinzel at an unknown age. They had two children, a daughter named Harleen and a son named Barry. Sharon always wanted Harleen to marry a doctor, and was not satisfied with her becoming one. At some point in time, Barry died and Nicholas was imprisoned due to nearly murdering an Irishman.

Sharon became a pariah in her neighborhood after her daughter became Harley Quinn due to having a supervillain for a daughter. At some point, Harley broke contact with her for three years. During this period, Nicholas was released, and they got back together. When they learned that a million-dollar bounty had been placed on Harley, Nick suggested killing their own daughter to obtain the money. Because she was disappointed in Harley for becoming a supervillain and not marrying a doctor, Sharon agreed to allow Nick to do this.

Sharen was first seen inside Harley's mind during "Being Harley Quinn" where she could be seen in the background in a family portrait in Harley's "museum of memories" and later seen in one of Harley's repressed memories of witnessing Nick being beat by the mob while Sharon just drank wine and ignored Harley's questions.

Sharon made her full debut in "Bensonhurst" when Harley decided to return home after being abandoned by her crew". Harley was taken in with open arms, and Harley apologized for not keeping in touch. However, Harley did still shrug off Sharon's suggestion that she become a psychiatrist again, and became bothered that Sharon kept had her second-place trophy from when she was a gymnast after she only lost due to Nick forcing her to mess up to win a bet. Harley expressed how glad she was that Nick was in prison, only to find that he had been released and got back together with Sharon. At dinner Harley constantly complained about Nick, rebuffing Sharon's suggestion that she marry a Jewish doctor, until Nick called for civility for Grandma Quinzel's sake. However, shortly after Grandma Quinzel explained that she had been diagnosed with brain cancer, she was shot through the head by an assassin.

Harley closed the blinds and had everyone lay still, painted with blood, thereby forcing the assassin to enter the house and overpowered him. Nick shot him in the head and claimed that the assassin was from the mob and trying to kill him over a loan so he and Harley left to deal with the situation. They returned having made amends and Sharon rejoiced and exclaimed how Nick had changed for the better. However, Grandpa Quinzel then arrived at the house only for his chest to explode in another shatter of gore from a shotgun blast. Harley then killed yet another assassin and angrily declared that she would keep her family safe, only to be shot by Nick in the stomach. He revealed that he had tipped off an assassin to kill Harley so that he could collect a finder's fee from the $1 million. As Harley reached for a knife, Sharon took it away to prevent it from grabbing it. Sharon said that she only wanted "what every Jewish mother wants, for you to marry a doctor".

Sharon said how she tries so hard to change Harley’s life in the most passive aggressive way she could and angry the only thanks she get is “yelling and fighting. At Harley's insistence that she was her daughter and deserved her love, Sharon said that her being their daughter made them into pariahs wherever they went due to her being a criminal. Nick insisted that Harley was just like her, betraying her as she had betrayed her crew, and although Harley said they left her and not the other way around, Sharon said it was because she was "sucking face with that goyische clown" and told her she had bad taste in men. Harley fired back that she learned it from her, only for Nick to throw her through a closet door and attempt to strangle her, at which point Harley pulled a knife on him. Backpedaling, Nick and Sharon then begged for mercy and said that “family doesn’t kill each other”, but Harley disavowed them, saying they aren’t worth killing and stumbled out of the house.

Potentially both she and her husband are sociopaths. Nick, more obviously since he is a conman who puts his own skin before his daughter's dreams and even tries to have her killed. While Sharon is nicer, she drops the facade once Harley fails to die after the second assassination attempt and seems to have a very controlling view of her daughter's life. Both put on the mask of caring about Harley while still secretly plotting to have her killed to collect on the bounty for her. Also, neither of them seems particularly perturbed by their own parents or parents-in-law getting killed in front of them. 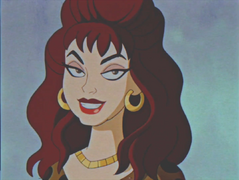 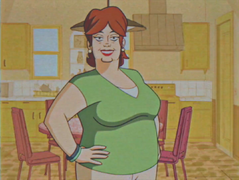 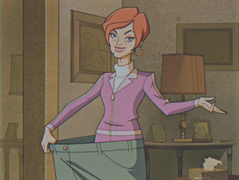