Parademons are bio-engineered foot soldiers in Darkseid's army on Apokolips.

They first appeared in "Inner (Para) Demons" when Harley Quinn and her crew went to Apokolips to get an army from Darkseid. After Harley defeated Granny Goodness she was granted control of an army of parademons to take over New New Gotham. However, she soon realized the death and destruction wasn't what she really wanted and broke her deal. In "Dye Hard" Doctor Psycho instead took control of the parademons, stealing Harley's plan of using them to take over Gotham to get Darkseid's deal of controlling the world. 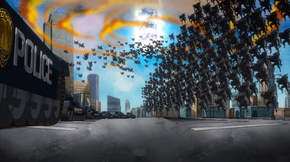 Harley's parademon army faces of against the GCPD 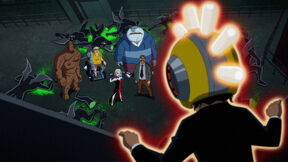 Harley and the crew fights back against the parademons 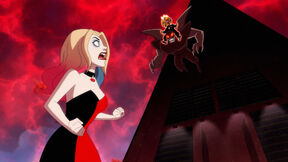 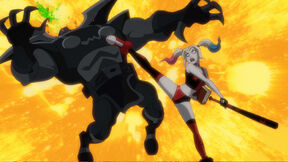 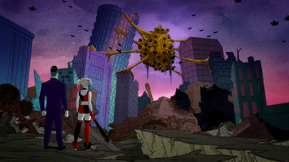 Parademon nest
Add a photo to this gallery
Retrieved from "https://harleyquinn.fandom.com/wiki/Parademon?oldid=7259"
Community content is available under CC-BY-SA unless otherwise noted.