First dates are usually memorable, and Harley’s is no different. When Hush decides to disrupt their date, Ivy takes action in a way Harley’s never seen before. And will someone get rid of Gordon, please?![4]

Harley and Ivy take a break at a roadside restaurant. Ivy urges Harley to keep a low profile as not to be recognized. Unfortunately, Harley is followed to the bathroom by two women who want their fifteen minutes of fame by lying to the police and telling them Harley has taken the whole restaurant hostage. Ivy intervenes too late, and the police is called in. She berates Harley for the situation, but apologizes afterwards.

A kind employee helps them to the backdoor, affirming her support, and inviting them to her home in case of emergency. About to leave, both women are stopped by Nightwing, who has been sent on the scene by Batman - who heard the police alert and is afraid of the damages caused by Gordon's excessive reactions. Nightwing lets them go, but Gordon, hot on their trails, manages to corner them. When Nightwing talking him down doesn't work, Batgirl intervenes, using her filial bond to make her dad back down.

Harley and Ivy enjoy a night out at a fancy restaurant, when Hush butts in and begins aggressively flirting with Harley. Not taking no for an answer, he is violently confronted by Ivy, angry that her date got interrupted. Harley gushes about her before joining the fight; Hush stands no chance. As a compensation, Carmine Falcone offers to pay both for their meal, a hotel honeymoon suite, and buy out Blüdhaven Thrill Park, which they use to torture Hush mercilessly.

After a good night, they get frisky on the hood of their car, while a hooded figure walks away: a trap has been set... 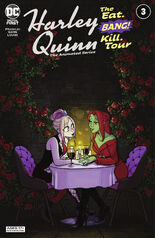 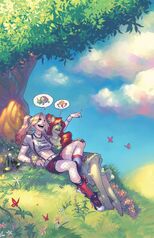 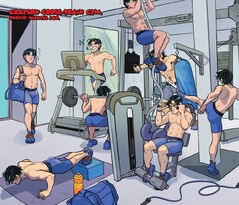 Nightwing at the gym 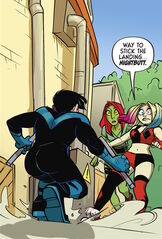 Harley and Ivy are ambushed by Nightwing 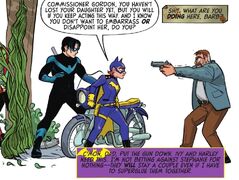 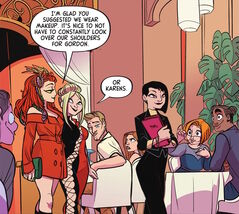 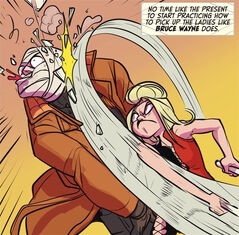