Picking up directly from the cliffhanger ending of Harley Quinn: The Animated Series, Harley and Ivy are on the run after narrowly escaping Ivy's ill-fated wedding to Kite Man. But who is chasing them, and where will this Thelma-and-Louise journey end? It all starts here![4]

Fleeing from the wedding ceremony, Harley and Ivy are chased down by Commissioner Gordon and the GCPD on Harley Quinn Highway. They manage to escape on a plant ramp made by Ivy, leaving an irate Gordon behind, locked up in his car.

With the excitement over, Ivy feels a bit blue, but doesn't want to tell Harley anything about it. Instead, they get home to Gotham Mall, and Harley does the traditional "carrying the bride across the threshold", to both their amusement. Harley invites Ivy to her "home", a mattress store she took over, and they settle down in front of the TV.

To her horror, Ivy discovers that the whole event is now public, entirely reported by Tawny Young, from Kite Man's rejection to her affair with Harley, and with the arrest of many criminal guests by Batman and the GCPD. Overwhelmed, Ivy goes to cry in the bathroom, where she berates herself for not sacrificing her own happiness and going through with marrying Kite Man, and instead falling in love with Harley.

On the scene to report Gordon's rescue from Ivy's vines, Tawny interviews the commissioner about his botched mission. With the humiliation of it all, an incensed Gordon swears on live TV that he'll never stop chasing Harley until she's brought to justice.

Meanwhile, Harley goes to console Ivy, who still doesn't tell her the truth about her misgivings. Turning the mood to something more tender instead, they make love.

In the aftermath, Ivy admits that the day has been a lot to process to her, but she's going to be fine. They get a sudden "Tawny alert" which informs them of Gordon's resolution, and Harley suggests going to one of the villains' lairs, amongst those arrested after the ceremony. With Bud and Lou in tow, they head for Catwoman's place.

Unbeknownst to them, Gordon has managed to put a tap on them, and knows exactly where they are going... 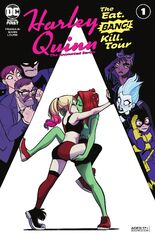 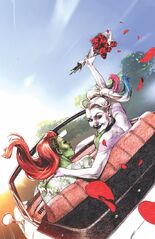 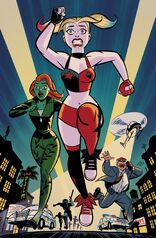 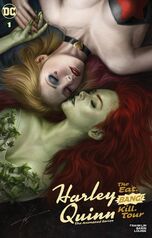 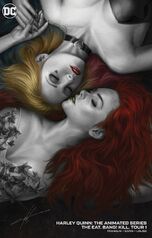 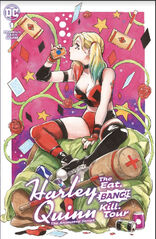 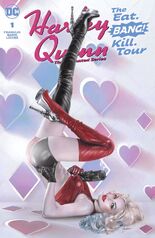 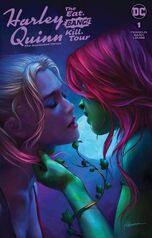 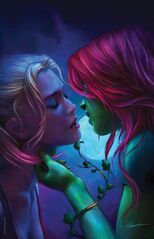 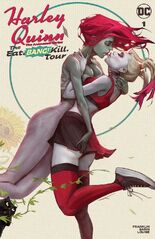 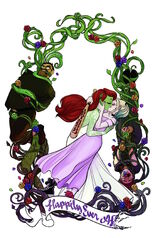 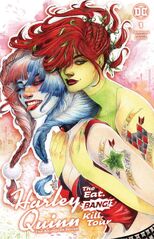 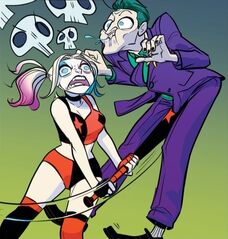 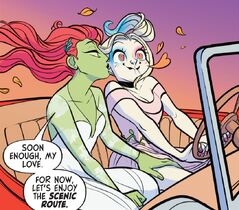 Harlivy look upon the city's chaos 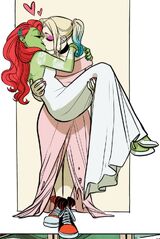 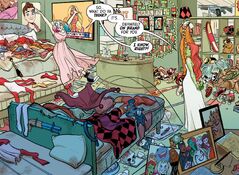 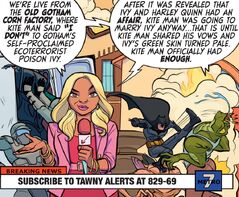 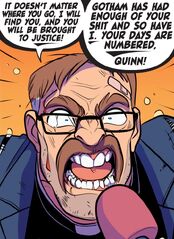 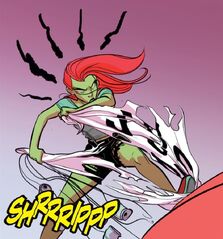 Ivy takes out her frustrations 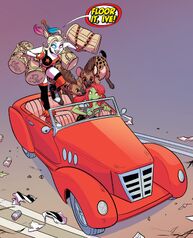