The series currently consists of two seasons with a third in production which is expected to premiere on HBO Max some time in 2022. In mid-2021 an companion comic series was announced and it debuted its first issue in September of that year.

Harley Quinn follows Harley's adventures after she breaks up with the Joker and strikes out on her own in this new, adult animated comedy. With the help of Poison Ivy and a ragtag crew of DC castoffs, Harley tries to earn a seat at the biggest table in villainy: the Legion of the Doom.[1]

Ivy
Uh, I think they're gonna hate it, Harls. They hate everything.
Harley
No way! It's got comedy, action, incredibly gratuitous violence, and unlike that Deadpool cartoon, it's actually coming out!
— Poison Ivy and Harley Quinn about their potential audience.[1]

In November 2017, it was announced that Warner Bros' then-unnamed DC-branded digital service ordered 26 half-hour episodes of Harley Quinn, a half-hour adult animated action-comedy series. It was being developed by Justin Halpern, Patrick Shumacker, and Dean Lorey, who served as executive producers on NBC's DC series Powerless. Harley Quinn was the third series to be greenlit by the DC digital service, following Titans and Young Justice: Outsiders. It was rumored that Margot Robbie, who portrayed Harley Quinn in the 2016 live action film Suicide Squad, would be approached to voice the character.[10]

The same day the season one finale was released, it was revealed that a second season was already produced and would be available to stream on April 3, 2020, consisting of another 13 episodes.[16] On September 18, 2020, it was announced via Twitter that the the show was renewed for a third season which would premiere on HBO Max[17] as DC Universe would no longer host video content and all DC Universe originals would migrate to HBO Max.[18] Co-showrunner Justin Halpern predicts the season will be released in late 2021 or early 2022.[19]

On October 3, 2018, ahead of the annual New York Comic Con, a teaser trailer featuring Harley Quinn, Poison Ivy and Batman in Arkham was released.[20] A full, uncensored trailer set to Joan Jett's cover of the theme song from The Mary Tyler Moore Show was released on July 20, 2019 to coincide with the panel at San Diego Comic-Con.[21][22]

Harley Quinn premiered on DC Universe on November 29, 2019.[23] The first season started airing on Syfy on May 3, 2020.[24] The series airs on Adult Swim in Canada, with new episodes airing a week after their American premiere.[25] The series started airing on E4 in the United Kingdom and Ireland on May 7, 2020.[26]

In late June 2020, it was announced that the first two seasons would be coming to HBO Max on August 1, 2020.[27] On August 22, 2020, a fully animated Q&A featuring Harley Quinn was released as part of the DC Fandome event, wherein she answered questions from fans.[28]

On August 21, 2020 the official season 1 and season 2 soundtracks, composed by Jefferson Friedman, were released online.[31]

On October 17, 2021 as part of that year's DC FanDome event, an animated teaser featuring Harley Quinn, King Shark and Kite Man presenting the first official look at the third season.[32] 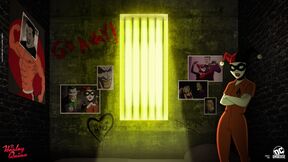 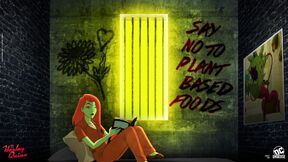 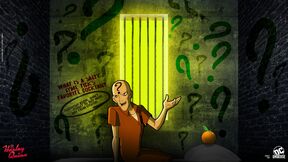 Promotional image of The Riddler 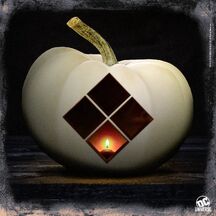 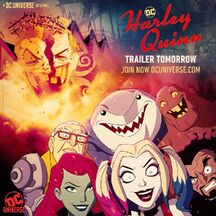 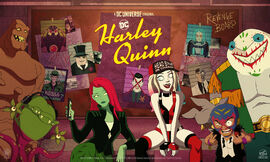 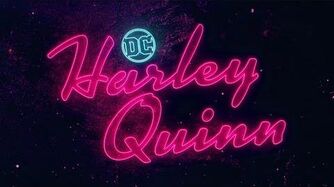 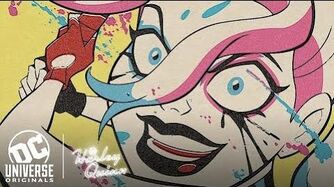 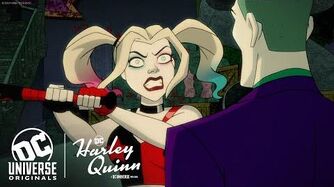 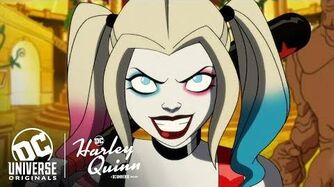