Harley Quinn: The Animated Series - The Eat. Bang! Kill. Tour is a spin-off comic series, taking place in between the second and third season of Harley Quinn.

Harley and Ivy on the road trip of the century! Following the wedding disaster of the decade, Harley Quinn and Poison Ivy end up on the run from Commissioner Gordon and the GCPD! But as fun as all that sounds, Ivy still worries over leaving Kite Man at the altar... Luckily, Harley's got the perfect scheme to shake her out of her wedding-day blues![4]

The series was first confirmed on February 20, 2021 when DC announced a sequel comic to the show in their 2021 line-up[5] which Patrick Schumacker confirmed on Twitter would loosely tie into the third season and likely come out before the season's release.[6]

On June 10 2021, as the official title and synopsis was revealed, Patrick Schumacker tweeted out his support for the comic and the creative team behind it[7] although noted that he couldn't say as of yet if it would be considered canon to the show or not.[8] He has since stated that the events of the comic takes place almost entirely before season 3 and that he considers it like an "extended cold open" for the third season while still existing as its own thing.[9]

In mid-June, it was announced that the first issue would be released in print on September 14, 2021 and in addition to the standard cover drawn by Sarin have variants by Michael Cho and Davi Go.[10] On July 3rd, Tee Franklin revealed that the digital copy of the issue would be available on DC Universe Infinite a over a month early on August 3rd.[3] Soon after, the second issue was announced to be released on October 12th, 2021 with a variant cover drawn by Babs Tarr.[11]

After the issue's digital release on August 3rd, 2021, it was met by much praise, becoming the number 1 bestselling book in two categories on Amazon[13] and causing "Harley Quinn" to trend on Twitter.[14] One reviewer called it "the perfect stop-gap for fans of Harley Quinn: The Animated Series." and praised Franklin's writing for perfectly capturing the voices of the show and honoring the showrunner's work.[15]

Kaley Cuoco, the voice actor behind the titular character, expressed her support for the series on her Instagram story where she posted a image of herself herself reading the physical copy of the first issue, as well as showing of the variant cover by Davi Go in the background, and encouraged fans to pick up the first issue.[16] 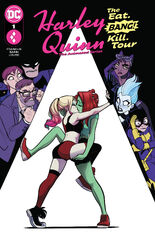 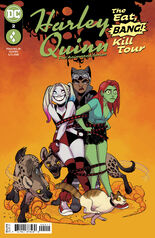 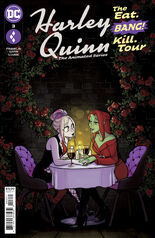 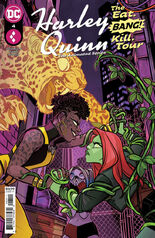 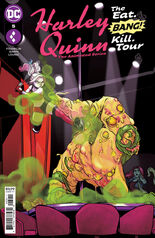 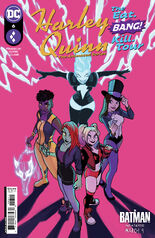