N/A
Cheetah is a minor character of the T.V. series Harley Quinn and a supervillain. She is a member of the Legion of Doom and is the archenemy of Wonder Woman.

Cheetah was first seen in "So You Need a Crew?", standing behind Lex Luthor during a TV broadcast where Luthor announced that Doctor Psycho was banished from the Legion of Doom for his usage of the c-word.

In "L.O.D.R.S.V.P." Cheetah was present at the Legion's prospective member night when Harley Quinn was nominated to join, going up against KGBeast. In the following episode she applauded as Harley and her crew were officially welcomed into the Legion of Doom and was later present at the Legion's weekly meeting where she along with the rest of the members voted to approve of Joker's plan to build a giant tower with his face before Harley interjected and questioned his plan.

In "Something Borrowed, Something Green" She was a guest at Poison Ivy and Kite Man's wedding where she was first seen talking to Black Manta outside the venue. After the GCPD crashed the ceremony she took part in the chaos that ensued and attacked the police officers.

See also: All images of Cheetah 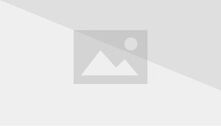