2
Barry Quinzel is a minor character who appeared posthumously in the episode "Bensonhurst". He was the son of Nick and Sharon Quinzel and the younger brother of Harley Quinn.

Barry had short dark brown hair and dark eyes. As a young boy, he wears a blue and red striped T-shirt over a white sweater and beige pants. As a teen, he wears a dark grey hoodie and light grey jeans with holes in them.

Barry was born into the Quinzel family, the son of Nick and Sharon Quinzel and the younger brother of Harleen Quinzel. He grew up in a dysfunctional home, as Nick was a criminal gambling addict who constantly got himself in trouble with the mob while his mother was an alcoholic who turned a blind eye to Nick's behavior.

Before the beginning of the series, seemingly in his teens, Barry died under unknown circumstances, and he was cremated. His ashes are currently located in an urn atop Sharon's fireplace next to multiple family photos.

A family portrait featuring Barry was first seen in the background inside Harley's mind in the episode "Being Harley Quinn". He made his full debut though in "Bensonhurst" where he first appeared in the sitcom parody montage, showing barry as a baby, young child, and teenager. Even in his urn, Barry is still treated as a member of the family, with Harley including him as one of the people she wanted to be around and who loved her. 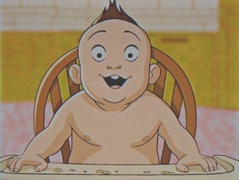 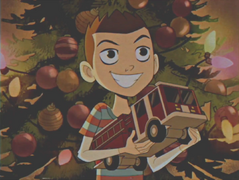 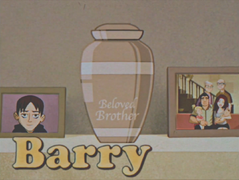